Long Distance running among the Highlanders

I have just finished the extraordinary "Terra Incognita" by Martin Rackwitz. A truly superb resource which deals with travellers accounts of Scotland and particulalrly the highlands through the medieval and early modern periods. The level of research is very high and the work has provided a much richer picture of the highlands through this period, and given much context to the works I was already familiar with.
I had not known that cancer became quite common in the later period (18th-19th century) thanks in large part to the Highlanders' love of tobacco, this is interesting in light of the fact that some other "primitive societies" can have high levels of smoking and non-existent cancer rates. I suspect we could find a hypothesis for this in the phytic acids of oats vitamin D and insulin. Frankly causes and rates of cancer appear to be pretty much a mystery but it does suggest that lots of oatmeal, fish and exercise is not so protective of cancer as many would have us believe. Highlanders used seabird oil as a cure.
I was also surprised at the level of grain import to the highlands. The agriculture of the mountains does not appear to have been self sufficient. Beef exports were vast and the highlanders ate little themselves, the majority of beef was exported to England, a trade which increased through the 16-17th centuries. Cash generated by this trade was used to provide grain to see highlanders through the gaps of the year.It was presumably also used to procure wine, weapons, possibly linen and other items difficult to obtain or produce north of the highland line. Highlanders themselves focused more on herding and despite using every suitable piece of ground for grain agriculture do not appear to have spent too much effort on the practise.Visitors report that men had little to do with agriculture feeling it was beneath them, and that fields once sown were left alone to become choked with weeds.  That grain was a precious commodity used to ameliorate agricultural shortfalls in a marginal environment it is worth noting that a great deal must have been used for brewing and distilling.
It is always of interest to me how much effort and time humans put into religion, alcohol and other non-essential activities. Maybe it is the post industrial enlightenment society I have grown up in but it is interesting that the spiritual and the recreational are more often the priority of humans indeed we could say that these "needs" will be met before many others we might meet first, not to mention that the inefficiencies of a parasitic landowner class and their hangers-on often passes without mention. 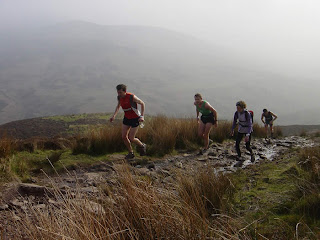 In a previous post I have written about what is known of the physicality of historical highlanders in addition the throwing and leaping swimming etc we will have to add long distance running. Their speed in travel is well attested to and in the 1745 Jacobite rising Highland armies ran rings round the British armies sent to engage them.In the lowlands of Scotland were coaches were not at all common "footmen" were sent out with horses hired from inns and returned with them the following day. They kept up with the patrons at the jog over many miles and were a fairly common part of the lowland inn network."Here (Dundee) we took a footman along with us as a guide, it being the custom in these parts to travel upon hired horses, and they send a footman along with them to bring them back again.....they will undertake to run down the best horse you can buy in seven or eight days; they run by the horses side all the way, and travel thirty and forty miles a day with ease."(kirk 1677) 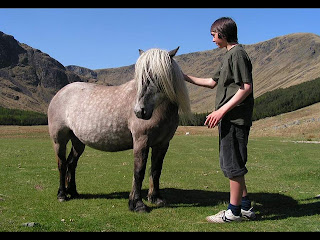 In the highlands a British traveller called William Mildmay was provided an armed escort of five men by Lord Lovett. They travelled fully armed and in their plaids. They ran by the six horse coach the entire way from Fort Augustus to Crieff in three days. While the route may have changed somewhat it is unlikely to have been too dissimilar to the modern route which is 118 miles. This gives us about 39 miles a day or 3.9mph on a 10 hour day with no breaks. "any of our people would think this hard duty,& hardly be able to compass it, but these highlanders do it with great ease,& when they are dry don't want to swig down great draughts of ale or strong beer, but will take off their bonnets& dip up a little water at a spring and run on with great spirits. they are used to fare hard & great exercise" (Mildmay 1736). Mildmay further described the highlanders "They are Strong, well looking Handsome people....very nimble &can walk or run, faster & farther, than any people whatever, and being inured to hardship in their infancys, can live harder&bear more fatigue".
Horses were of great importance to the traditional economy but were left to range freely being herded up when needed. Garron was a small tough animal more donkey sized " they are so small that a middle sized man must keep his legs in lines parallel to their sides when carried over stony ways (Burt). Horse were captured by being driven into bogs, driven up steep hills or chased over heath and rocks until the horses laid down for weariness and want of breath (Burt).

As with the native American moccasin the highland  curran was a fairly light weight shoe with no support which would wear out quickly on paved surfaces though probably far more suited for long distance running than the military shoes of the time.I'm sure Mildmay would have mentioned if the highlanders ran barefoot but going barefoot was very common in the mountains and for women in the lowlands. Burt noted that highlanders avoided walking on modern roads. Though I am not especially a fan of the "born to run hypothesis"  long distance running in minimalist footwear has historical precedent at least in the Scottish highlands until very recent times.