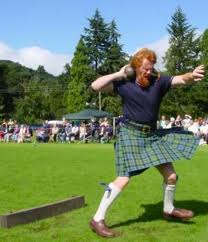 "Their bodies were splendid, flexible, nimble, skillful, enduring, resistant and yet they had no other tutor in gymnastics but their lives in nature." Georges Herbert
The Highlander may be characterised a short dexterous individual with reddish or dark hair and fair skin. Tacitus describes the Caledonians as "The red hair and large limbs of the inhabitants of Caledonia point clearly to a German origin" an origin perhaps confirmed by the BBC programme "blood of the Vikings" in its DNA testing of the British population. Jordanes wrote too that the Caledonians had red hair and "loose jointed bodies"(dexterous) the idea of nimble red heads has some pedigree. 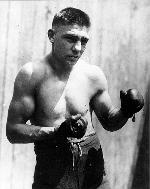 Highland prisoners from Culloden averaged at 5'4" a figure confirmed by recruits joining the British army for the seven years war some 10 years later. With a range from 5'1" to 5'10" the recruits were described as "healthy, young, and well built, but not tall. Highlanders seldom are".These men would not be drawn from the upper ranks of the society and we may expect tacksmen etc to have been taller and indeed some of these men were true giants over 6', though Rob Roy was of this class and was no taller than average though apparently thickly muscled and with Harry Grebb length arms.
The terrible climate and increased economic inequality in the highlands of the 17th-18th century surely stunted the growth of the highland people as it did across Europe. Male average height decreased by two inches from earlier periods so we may expect to see the heights of medieval highlanders being closer to an average of 5'6". Documentation for women's heights remains elusive but we would expect women's heights to follow the same general trend as men. 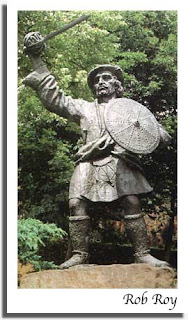 From Tacitus we learn that the highlanders' Caledonian ancestors have big limbs writers through to the 17th century confirm that later generations were also well built, "I generally observed the men to be large-bodied, stout, subtle, active, patient of cold and hunger." but in general the physical attributes which impressed their contemporaries were their dexterity, their endurance and their tolerance of cold.
In the Culloden campaign armies comprised mostly of highlanders continually out marched and out manoeuvred British armies,  this ability could be exploited by commanders like Montrose or Dundee to allow armies of highlanders to defeat conventional armies with an advantage in materiel or numbers. Even the dispassionate Edmund Burt notes that highlanders were graceful in their movements echoing the earlier more enthusiastic travelogue by William Schaverell "in all their actions a certain generous air of freedom". Such skill and natural athleticism has been noted in many "primitive people" across the world and seems to be a consequence of living in hostile or wild environments, the highlanders made little attempt to "improve" their environment much to the disgust and dismay of English and Lowland Scots and the mountains are still famously taxing to traverse today. Transhumance and fishing would require greater cross country travel than the average farming European lifestyle and probably led to a higher degree of physical fitness and prowess than a plough pushing pig farmer in Denmark, Germany. or Suffolk. In addition in a world dominated by a warrior ethic martial training was not an option but a necessity. Certainly this was what attracted the attention of early writers and those who met highlanders abroad inevitably met mercenaries resulting in something of a selection bias, that said all men were obliged to fight and all in the society faced the very real prospect of violence particularly after the collapse of the Lordship of the Isles.

Hunting is frequently given as an activity engaged in by highlanders for the deer and the wolf, on the islands and coasts seals and whales provided dangerous hunting, "but also in rynninge, leapinge, swymmynge, shootynge, and thrawinge of dartis (compare with this from Leslie "with the sleeves open below for the convenience of throwing their darts"):...wrestling,swimming,jumping,dancing,shooting with bows and arrows". Tossing logs (oh alright, cabers) throwing and lifting of stones and other pursuits built strong, ready bodies as did wrestling.  Camanachd or shinty was and is popular in the highlands, a similar game to Hurley it was considered superb for training the body for war, and was known as shinty for the amount of cracked shins the game produced.Boys could learn the art of the sword with cudgels and numerous tests and trials 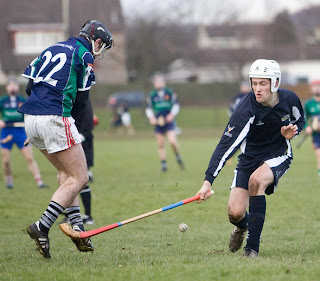 of martial ability can be found in the folklore of Celtic peoples. Boys raced from their sword schools up to the tops of nearby hills the winner rewarded with an extra lump of bannock, in a competition which has parallels with Apache warrior training.Martial training was provided by local gentry for the boys but not much is really known about the forms in which it took. It was presumably performed outside and in armed combat ash saplings were used no thicker than a thumb to provide reasonably safe tools for sparring. There is no known method or organisations as existed in mainstream European society such as the marxbruder of Germany and much of what is known of highland training is uncomfortably close to mythology and folktales.In later periods training and techniques seem to have mirrored other European (certainly British) styles  though because of the paramount place of melee prowess and the endemic nature of violence in the highlands, many techniques may have seemed more brutal or expedient than what was practised south of the highland line. Certainly contemporary sword masters such as Sir William Hope and Thomas Page note that Highlanders differed somewhat in technique.
" all their care was to excel in glory of warfare and victory" with such an ethos and in such a rugged physically challenging environment  a dexterity and highly developed physical awareness would be a natural consequence of such a background. 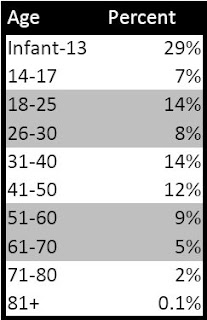 So what might we see if we walked through a medieval highland village? Supposing we haven't arrived during a famine people would look more or less the same as they do now in term of colouration and facial features. We would note a great deal of children and indeed people might seem younger in general as the demographic features of the population would be skewed to the young. Highlanders were noted not only for their good health but also (barring accident) for living to a ripe old age, so we should expect to see a few older people but less than we might see today.. Faces would be broad and teeth straight and white. Bad teeth are very much a modern phenomenon. The people would certainly seem shorter though they would be much, much slimmer than the modern British population, in fact overweight or obese people would stand out markedly. Obese people are know from archaeology and contrary to what some obesity researchers might say a traditional diet a plenty of farm chores is not an automatic defence against this condition. Men and caterans may well have been muscular though more in the manner of old prize fighters than modern crossfit athletes it is likely however that most people wold just look, well, like people. The grace and dexterity that contemporary writers spoke of I would have thought would be manifest rather than a romanticism of exotic flavour this is spoken of almost universally and from writers enthusiastic to indifferent (to hostile). It is difficult to imagine how this would have looked, I interview a man who had spent time in the Kalahari bushmen and he told me that he had never felt so physically incompetent.
Posted by N Matheson at 07:58