Getting it to look right 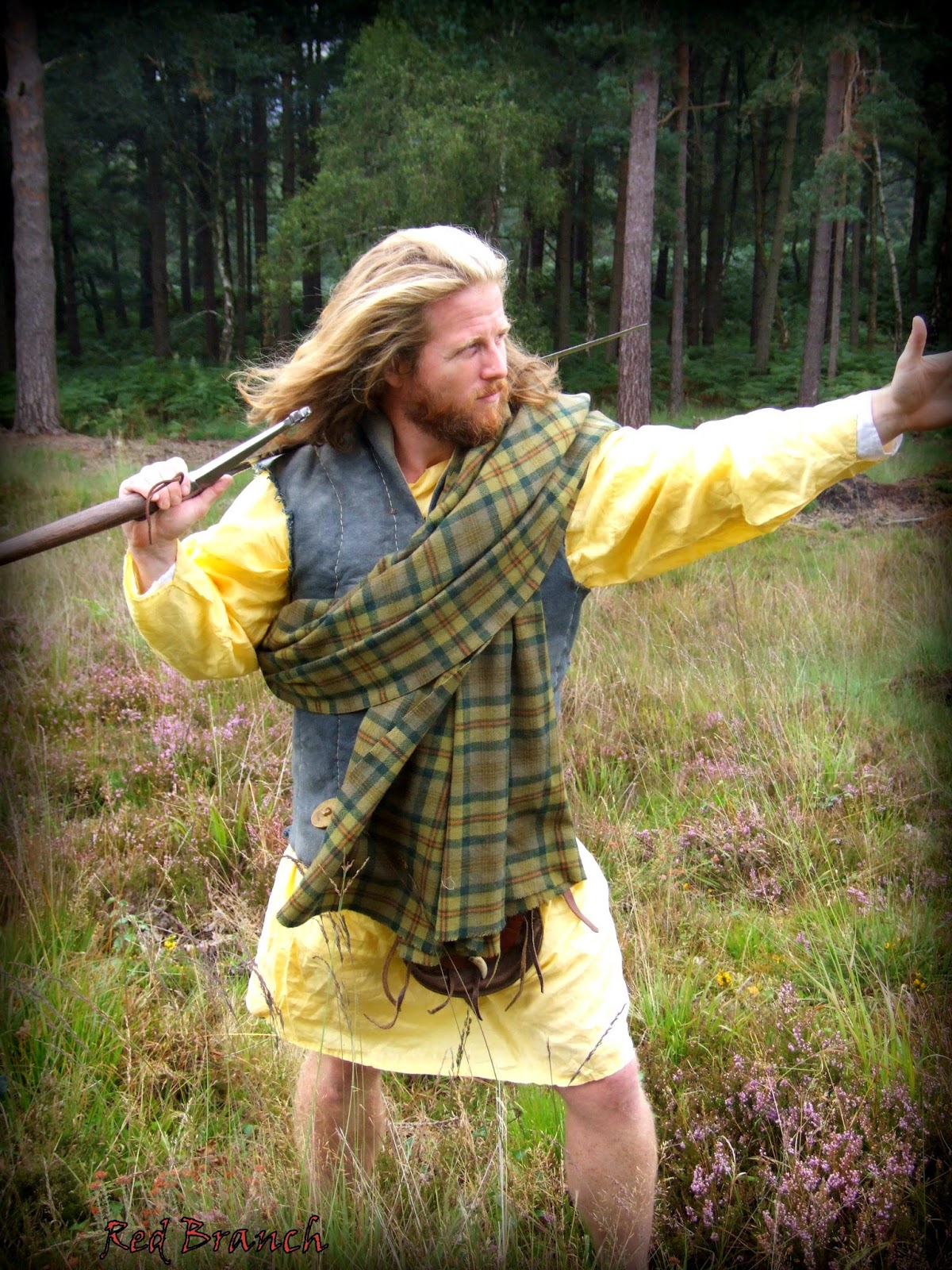 The photo shoot I discussed in my last post was a somewhat rushed affair. I did not have time to get alot of the kit right, I also did not have time to truly apply myself to the physicality of the impression.
I had been planning a shoot of some description for some time and had an idea of getting myself into the physical shape of a medieval Gael in addition to putting on the clothing. In fact this is one of those things that bugs me most about re-enactor impressions. Often we an see stunning attention to detail and no expense spared on kit, yet all hanging on a frame that would have been rare to non-existent in history.


Most warriors until very recently were part timers who attended to other tasks on the off season, even full timers often came from a farming background. Only the very rich could have made it through to adulthood without building a frame capable of physical labour, the very rich would of course have had to have built a frame capable of fighting.  That said people would not have the bulk of modern populations, whether muscular or otherwise.
Fortunately we can use photos from the 19th century of both Scotland and Ireland to get an impression of
what people living and working in remote communities looked like. Of course the culture and conditions had changed enormously. New foods had been introduced and the communities of rural Scotland and Ireland were essentially colonies of the British state, the warrior tradition and its training had long gone as had many traditional aspects of society such as shielings and transhumance. We can surmise that the reliance on potatoes and more localised agriculture had effects on the populations as would have widespread emigration.

Walter Raleigh,failed planter and the friend of Edmund Spencer (who hated the native Irish with genocidal passion) gifted the potato to Ireland saying it would solve the Irish problem. No one in the British state has ever really cared about gifting the native Irish with a nutritious food so we should assume the "solution" might well be more like a 20th century "solution:
" by the sworde; for all those evilles must first be cutt awaye with a stronge hande, before any good cann bee planted; like as the corrupt branches and unwholsome lawes are first to bee pruned, and the fowle mosse clensed or scraped awaye, before the tree cann bringe forth any good fruicte. (Spencer)

The Irish and Scots (on both sides of the highland line ate a far healthier native diet of oats/corn,  sheep and cattle with a great deal of fish and shellfish in coastal areas. You can read more here. Islanders eating a native diet were found by Weston Price to be in superb health (Chapter 4). I notice comparing photos that the Scottish islanders  eating a traditional diet look a bit "lighter" than the crofters of the 19th century.  Diet controls about 80% of body composition but we can't discount the slightly greater amount of muscle power used in the 19th century.
Anyhow these sources give us a rough idea of the shape of medieval Gaels. For the impression I wanted a gaunt hungry look, a bit like I had been living of oats and blood up in the hills for a week. I had planned on going on quite a severe diet before the shoot but the scheduling rushed things along so that wasn't possible. I am in pretty good condition anyway but probably carry a bit more body fat than was the norm in history.
I had originally thought that I am too bulky for historical standards though going through the images of Irish crofters I'm not too sure this is the case. Breugels pictures of low country peasants also show similar "lusty" physiques.  Images of historical Gaels show pretty robust looking characters as well as the lithe, dancer-like form of Deheere's redshank.  I had assumed that historical peoples would be rather more lean and smaller framed  than moderns. This is based on experiences with extant clothing post 18th century. Images, photos and archaeological reports don't confirm this assumption.
Unlike the modern world of the puny and fat we would find historical communities full of strong, lean individuals. The incredible changes to body composition over the past thirty years are without parallel and completely extraordinary in the wider context of humanity.

With a healthy dose of R1b and and I1 genetics I can assume that the general colouration and facial structure are about right though in honesty I don't think I look  terribly "Celtic/Gaelic" at all. It is however a look I can pull off more than say, a conquistador. The hair and beard are completely fine for Highland  Scots up to the 18th Century when beards became less fashionable. Even for the 17th century I would prefer to see a more manicured type of beard. The Irish famously wore a hair style called a glib which I have no intention of getting, though long hair is definitely portrayed too.  While many medieval impressions feature wild hair and beards, such a look was quite unusual in history, in fact much of the  medieval period was  clean shaven. Even more so than today people cared about and fussed over their appearance. Fine mustaches, goatees and neat hair were all the rage at different periods. The modern wild barbarian look was very unusual in history, happily for me the Gaelic Scots also hated combs and scissors!

Given another photo shoot I may well try to get the gaunt, hunted look and would do well to get much more dirt involved.......much more dirt!